When everyone thinks of Bears they think of hibernation. However, Bears actually do not hibernate. Bears including Black Bears, Grizzly Bears and Brown Bears go into what’s called “torpor” during the winter. Hibernation is defined as a state an animal goes into during the cold where they lower their body temperature, lower their heart rate, and cease metabolic activity. Animals who do a true hibernation are Box Turtles and Wood Frogs. Bears do decrease these functions but do not lower or cease them significantly. They can still get up, munch on some grass, and go to the bathroom.  Indie and Val do go into torpor every year at the Topeka Zoo. They typically go into and out of torpor depending on the weather. The main reason Bears go into torpor is due to lack of food in the cold winter months. Torpor is beneficial to our Bears because it is what they would be doing in the wild. Our Bears are no different and come out of torpor with a healthy body condition and fur. Both Bears have come out of torpor in mid-March the past 2 years.

This year we want to invite the community to participate in our anticipation on when Val the Black bear will come out of Torpor. Every year she digs her own den within her exhibit and stays there until spring arrives; both Bears having come out of torpor in mid-March the past 2 years. As Val is the more consistent of the two, she will be who we will be watching out for and recording. Students grade k-12 have the opportunity to submit their prediction and help us keep watch on when she will emerge!

We will be setting up a trail cam to better keep watch on her and update on any progress. We will also be tagging the best location from where you can see Val's den at the Zoo and maybe even catch a glimpse of her and see her emerge! Indie tends to come in and out of her own log/den through out the months, teasing guests with her own appearances. Scroll down to learn how to tell them apart and see a little more of their story. 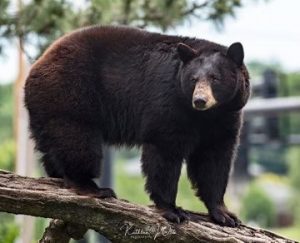 Indie
In May 2014, a boy heard the sounds of a distressed animal coming from his backyard in Oregon. They found a 4 pound Black Bear cub with no mother in sight. They called the authorities and the Bear cub spent the night in the local jail cell while the mother was looked for. Unfortunately, the mother was never located and she was deemed unreleasable.  One week later, the Bear cub arrived at the Topeka Zoo. At only 6 pounds, the cub required around the clock care, the Vet staff and her Keepers were happy to help her. We decided to name her Independence (Indie) for short because she arrived in Topeka the week of the 4th of July.

Indie is the darker of our two Bears and she is smaller than Val. Indie is a true Black Bear but she does have a small white stripe on her chest. Indie’s personality is shy, skeptical and sweet. She is smart but is skittish at times. The Keeper staff has to work on their relationship with her and build trust with her. Indie thrives with the Keepers she has a bond and trust with. Indie loves getting into their pool, foraging around the yard and climbing.

In July of 2014, a young Black Bear cub was seen in the back of a CostCo in Alaska with a peanut butter jar stuck on her head. This cub was eventually rescued and freed from her peanut butter captor. She was deemed non-releasable and United States Fish and Wildlife began looking for a home for the cub.  Topeka Zoo came to the rescue! We received this new Bear cub in September of 2014 and named her Valor (Val for short).

Val is a cinnamon color and significantly lighter in coloration than our other Black Bear, Indie. Black Bears can be a variety of shades, even white. Every year, Val’s coat grows in a blond color. When she sheds her coat every summer, it looks like she has frosted tips and we joke around that she looks like a 90’s boy band member!

Val’s personality is bold, brave and fearless. She is very smart and tests her Keepers regularly. If a Keeper is too slow to feed her, she lets them know it. She is very easy to train, she is food motivated and seems to enjoy sessions with her Keepers. She knows how to paint, knows vaccine and blood draw. She loves to climb and is often seen in the top of the tree in their yard.

A factoid people find fascinating about black bears is that they are not always black. Black bears come in 6 different colors:

Although they can take 6 different colors, they are still American Black Bears!

Black Bears are native throughout most of North America, although no longer native to Kansas they were at one time. They are omnivores who eat a variety of fruits, vegetables, seeds, nuts, small animals, berries, etc. They are typically solitary animals but do live with other bears during certain times of the year. Black bears are not listed as threatened. They are doing well in the wild but we need to make sure we are doing everything we can to help keep it that way. When visiting areas that are known to be Bear territory, make sure you lock up all food and trash to keep human/bear conflict to a minimum. If you come across a Bear in the wild, slowly back away from the Bear and do not approach. 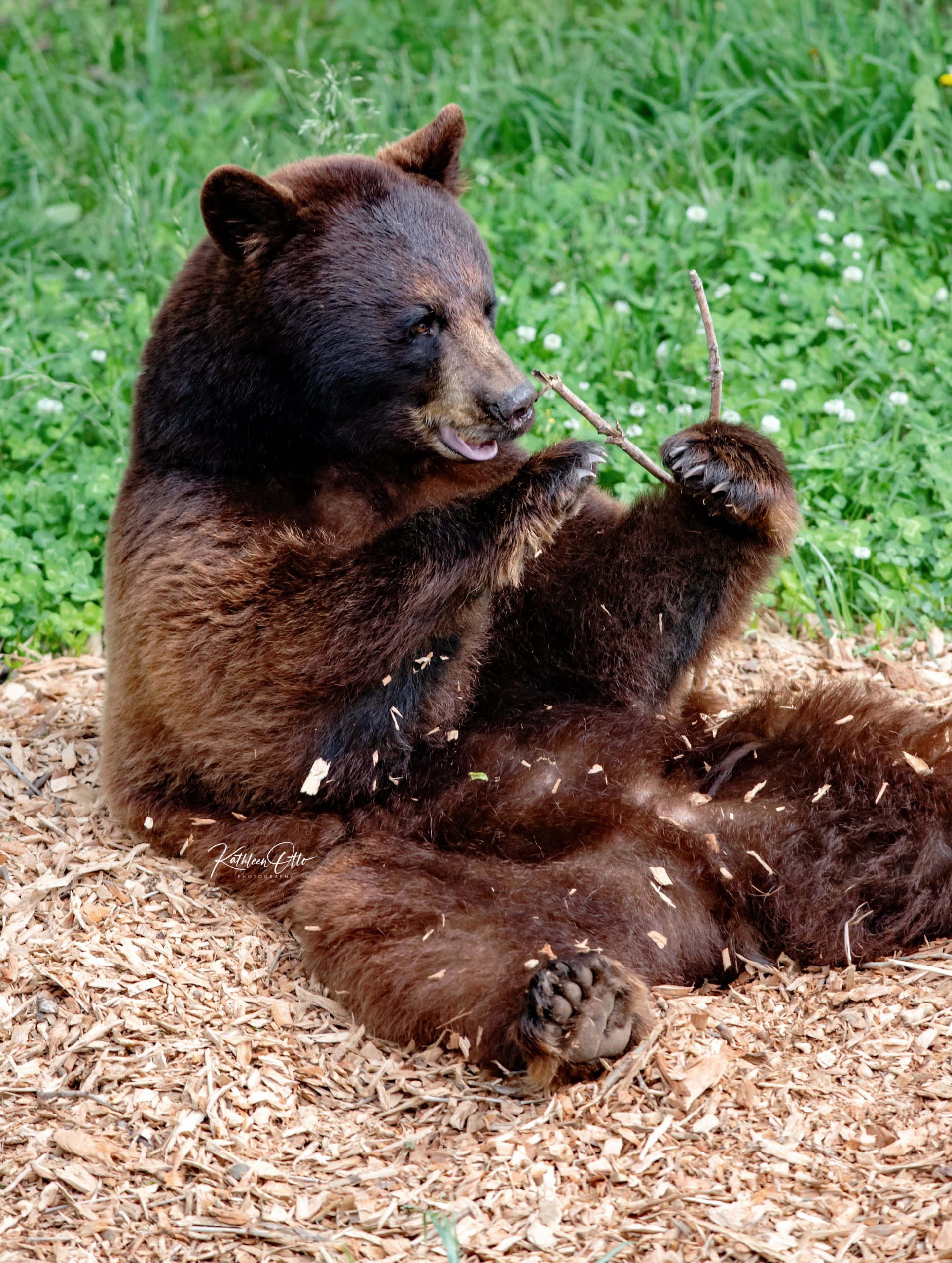 For more information or questions, contact Lourdes Munoz at lourdesm@fotz.org.